Is Candle Media the future of streaming, or a content arms dealer?

Back in August of 2021 a new media company was formed, headed up by former Disney executives Kevin Mayer and Tom Staggs and backed by the investment firm Blackstone. Since its formation, this company has been on an acquisition spree even before the company was given its name; that company is: Candle Media. Let’s take a look to see if Candle Media could be a major media powerhouse or if they should stick to being a third party licensor of the content.

Besides Moonbug, Candle Doesn’t Own A Huge Catalogue

Let’s start by pointing out the obvious, besides the Moonbug Entertainment library Candle Media doesn’t own a large catalogue. Some studios like ATTN: and Exile Content Studio own a small slate of content themselves, but other Candle Media assets like Hello Sunshine, Faraway Road Productions and Westbrook Inc (minority 10% stake) may not own the series they’ve made before the Candle buyouts.

Moonbug Entertainment is the outlier and owns roughly 550+ hours of content, including the Cocomelon, Blippi, My Magic Pet Morphle, Little Baby Bum, Little Angel and most recently, Oddbods. Besides Moonbug, Candle doesn’t have a huge catalogue. Especially when you consider the oldest company within the Candle Media fold is ATTN: which was founded in 2014. I don’t doubt Candle Media will continue its acquisition spree, but they would need to buy a lot of companies with a lot of shows and movies before they’d have a catalog worth paying a subscription fee.

Candle’s Production Capabilities Are Rather Small

Okay, now let’s consider that Candle Media’s abilities to produce their content are quite small. Think about this, when it comes to General Entertainment, Candle Media owns Hello Sunshine, Faraway Road Productions and a minority stake in Westbrook Inc. When it comes to Spanish content they have Exile Content Studio. If you want unscripted short-form content on social media, you have ATTN: and if you want children’s content you have Moonbug Entertainment.

Moonbug is the outlier compared to the rest of the Candle Media fold, mainly because Moonbug is well known for buying up other children’s content companies. Their “homegrown” franchise Cocomelon was something Moonbug acquired in a $120 Million deal in 2020. The deal for the Cocomelon franchise also included the Blippi franchise. Moonbug has a big appetite for acquisitions and since joining Candle has acquired the Little Angel YouTube channel and recently acquired One Animation the creators of the Oddbods franchise.

Will Candle Ever Launch A Streaming Service?

Consider this whenever someone mentions that Candle Media should make its own streaming service, Co-Chairman Kevin Mayer, in the recent opening keynote of the 2022 MIPTV international television market said, “We do not have our own streaming service, and we’re not going to have our own distribution outlets, we will be independent, which I think is really important because independence these days is more vital than ever.” ” (Via Hollywood Reporter)

As of now, we can safely say there seems to be no plan to launch such a service, however, Moonbug has a streaming channel on Apple TV and Amazon Prime Video among other service providers which streams ten shows from Moonbug’s library, however, this service is missing major Moonbug franchises like Cocomelon and Blippi.

However, we do know that current Co-Chairman Kevin Mayer was behind Disney’s decision to launch a streaming service so they may decide to make a service in maybe ten years’ time after they grow their library, production capabilities, franchise IP, merchandise and brand name. Listing Candle Media on the public stock market could also be a major deciding factor on whether or not they would launch a service, but the first thing they need to do is make their business profitable.

As of right now and going off of what Kevin Mayer has said in interviews, Candle Media has no plans to acquire or launch any streaming services or cable channels.

What Will Candle Media Buy Next?

This is a question on a lot of Candle Media enthusiasts, and with many production companies like Imagine Entertainment wanting to be bought, as well as many other studios which would probably sell for the right prices. Personally, I see Candle pursuing companies like Imagine Entertainment or Westbrook Inc’s other 90%. I also see Candle Media’s Moonbug Entertainment pursuing smaller children’s television content like Studio AKA which produces Hey Dugee or Ludo Studio which produces Bluey. Moonbug may want to also pursue a deal to acquire Pinkfong, the creators of Baby Shark.

I could also see Candle Media wanting to try to acquire Aardman Animations to get the Wallace and Gromit and Shaun The Sheep franchises or Bagdasarian Productions who wants to sell itself and its hit Alvin and The Chipmunks franchise, with a reported price of $300 Million dollars.

There are many great content producers that Candle could purchase to help accelerate growth both in their IP library, merchandising, and content production capabilities.

I like what Candle Media is doing and I feel like Kevin Mayer and Tom Staggs will lead Candle to become a major entertainment company. There has been a lot of talk of Candle going public and I am one of many people who would like to invest in the company due to seeing potential in Candle Media. There is a lot of potential for them to grow their brands and interest around their IP. To answer the question at the top of the article, I think we will see Candle enter the streaming market in a few years, whether that be them making their own streamer or selling themselves to a bigger company to then launch a service.

It will be interesting to see where the media landscape will be in five to ten years. With Netflix’s stock crashing, Disney growing stagnant, Warner Bros Discovery drawing in debt and NBCUniversal and Paramount Global’s strange lack of interest or lack of ability to make a major purchase, the media companies on top of the pile may be different and Candle Media may be in Paramount Global’s position as a major media conglomerate. 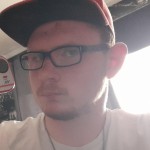 100 for 100: 100 Titles Disney Plus Should Add For Disney’s Centennial Celebration

Everything New Streaming On (And Leaving From) Hulu In December 2022

Everything New Streaming On HBO Max In December 2022

Everything New Streaming On Paramount+ In December 2022

Everything New Streaming On (And Leaving) Netflix In December 2022